4107.0
The Heckler Report as a Catalyst for Action: Historical and Current Activities to Support the Promotion of Health Equity through Select State and Federal Programs

Oral
In 1985, the U.S. Department of Health and Human Services (HHS) released a landmark report, the Report of the Secretary's Task Force on Black and Minority Health (commonly known as the Heckler Report). It documented the existence of health disparities among racial and ethnic minorities in the United States and called such disparities "an affront both to our ideals and to the ongoing genius of American medicine." The release of the report led to significant developments to support programming to address health disparities and promote health equity at the federal, state, and local levels, such as the establishment of the federal Office of Minority Health (OMH) in 1986, and the subsequent creation of Offices of Minority Health in many states and territories. In this session, the presenters discuss approaches to promote health equity at the state level in the periods immediately following the release of the Heckler Report, and the current status of state level infrastructure for promoting health equity and minority health. The presenters will also highlight emerging approaches being piloted by the Federal Interagency Health Equity Team (FIHET) of the National Partnership for Action to End Health Disparities (NPA) to promote the consideration of health equity in federal programs. Presenters will discuss the successes and challenges of these approaches, and also highlight emerging opportunities to advance this type of work.
Session Objectives: Explain state level strategies for promoting health equity Describe current state level infrastructure for promoting health equity and minority health Describe strategies employed by the Federal Interagency Health Equity Team (FIHET) to build capacity among federal programs to integrate health equity considerations.
Organizer:
Tia Taylor
10:30am
Historical Perspectives on State Programs to Promote Health Equity 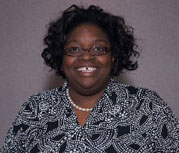